Please Don't Eat the Daisies {1960} starring Doris Day and David Niven. I love the title song, the cast, all the little boys, and of course, it has Doris Day & David Niven in it - which makes it simply stupendous!

Magnificent Seven {1960} starring Yul Brynner, Steve McQueen, Charles Bronson, Robert Vaughn, James Coburn.... I only first saw this film for the first time last December, but it was an instant favorite. In fact, it might even be my favorite western film. The cast is first-rate. I could listen to the soundtrack all day. And I enjoy seeing the sub-acting that Brynner and McQueen do as they try to upstage each other - McQueen wins by a mile!

The Guns of Navarone {1961} starring Gregory Peck, David Niven, Anthony Quinn... If you are fan of The Dick Van Dyke Show you might remember that this is the film that Rob Petrie falls asleep to while watching it at a drive-in movie theater {how he did, I don't understand}. This movie will keep you on the edge of your seat - it also keeps you guessing on who is the traitor within the group, and will they blow up the guns of Navarone?

The Great Escape {1963} starring Steve McQueen, James Garner, Charles Bronson, James Coburn, John Leyton... This *might* be my favorite 1960s World War II film. As you you have a whole prison camp filled with men who are always trying to escape, motorcycle chase scene, and an ending that you see coming but can't do anything about it.

Charade {1963} starring Cary Grant, Audrey Hepburn, James Coburn... This is one suspenseful film. If you scare easily, don't really watch this film at night Aas most of the suspenseful scenes take place at night around a hotel, elevator, train station, and the like... I might get scared easily but I love movie full of suspense. *laughs* Then there is Cary Grant character who is always changing his name. And don't get me started on Audrey Hepburn's wonderful wardrobe! 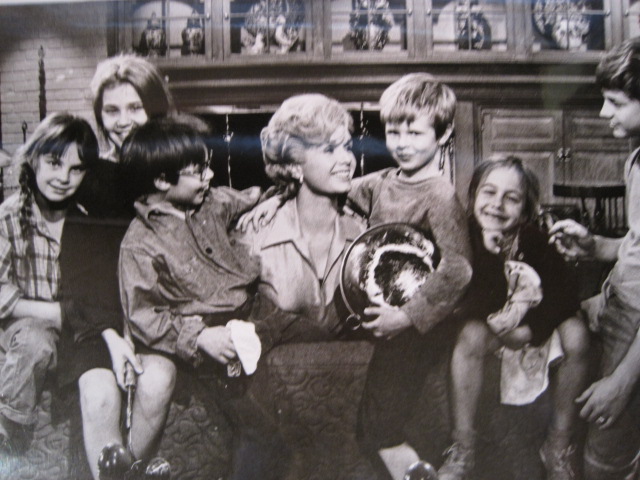 My Six Loves {1963} starring Debbie Reynolds, Cliff Robertson... A sweet story of a Broadway star who takes a vacation in the country and finds herself taking care of six abandoned children and falling in love. And since it stars Debbie Reynolds the movie is just adorable. Just a slight warning, this film is not out on DVD and the only place I've been able to locate it is on Youtube {you can watch it here}.

Lilies of the Field {1963} starring Sidney Poitier... Back-in-the-day when this film was in pre-production everyone thought this film was going to be flop so no one would back the film. So the director had to put his house up as collateral. Because they had a very tight budget, they had to film the movie in just 14 days. But what would you know, Poiter won in the 1964 Academy Award Best Actor for his role as Homer, making him the first African American man to win a Oscar {You can watch Sidney Poitier winning Best Actor on YouTube}.

The Sound of Music {1965} staring Julie Andrews, Christopher Plummer, Eleanor Parker... My list wouldn't be complete without this film. For us three older girls used to watch this movie so often, that for a time our parents had to ban us from watching it. But us being crazy Sound of Music fans, counted down the days until we could watch it again while we watched our other movies. *laughs* In fact, we love collecting stuff for the Sound of Music now days {both for the movie & 1959 Broadway Show}. We also enjoy Maria von Trapp's book, The Story of the Trapp Family Singers.

That Funny Feeling {1965} starring Bobby Darin, Sandra Dee, Donald O'Connor, Nita Talbot... Joan Howell {Sandra Dee}, a maid-for-hire and actress on the side, keeps bumping into Tom Milford {Bobby Darin}, a wealthy New York businessman, while going around town. They finally decide to go out on a date after they keep bumping into each other. After the date Tom wants to escort Joan back to her place. But Joan is embarrassed of tiny apartment that she shares, so she takes him to one of the apartments she cleans saying it is her place - the catch is, she doesn't know that the owner of that apartment is in fact her date, Tom. He plays along with the charade, while not knowing who Joan really is. The movie then follows all the crazy process of them finding out who each other really is.

Born Free {1966} staring Virginia McKenna, Bill Travers, Geoffrey Keen... I grew up watching this movie. It was one of the movies that we kids would watch all the time. It is hilarious, sad, exciting, and makes you all warm and fuzzy at the end. It may or may not of be part of the reason why I was fascinated about learning all I could about Kenya {even some of the language} when I was between the the ages of 8-11.