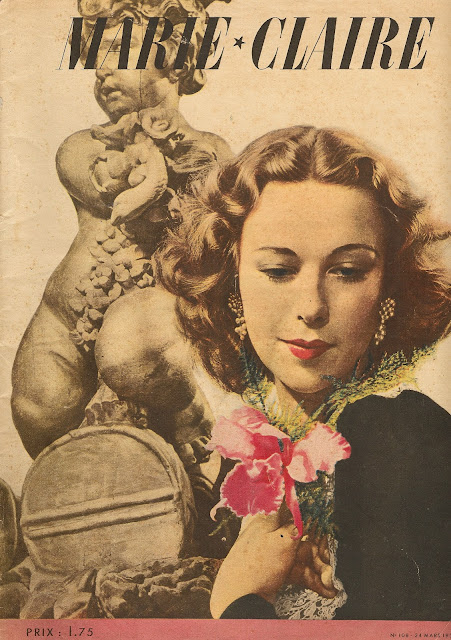 Alright, so today is Random Wednesday. Y'all can share photos, magazine scans, dishes, household recipes, things you own from the era, etc... I'll be sharing a Marie Claire magazine I own from March 24, 1939 {I found it on Etsy last August.}. Oh, yes. The whole magazine is in French, meaning I can't read a word without Google Translator. *grin*

Now what makes this copy so interesting is that the first issue came out in 1937, and was distributed each Wednesday until in 1942, when German occupation authorities in France stopped the circulation of the magazine {along with others}. The magazine didn't redistributed until 1954, when became a monthly publication instead of weekly. 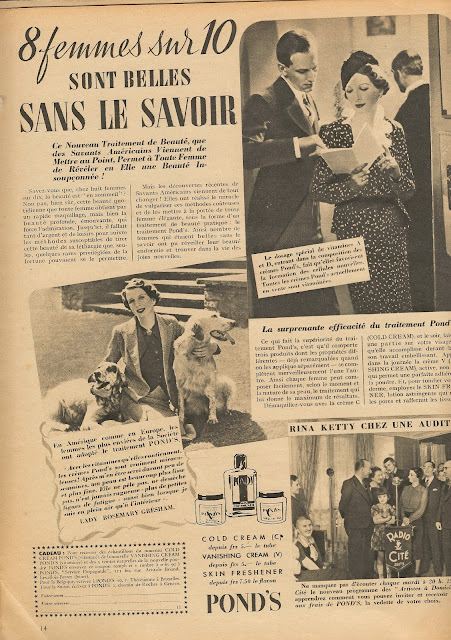 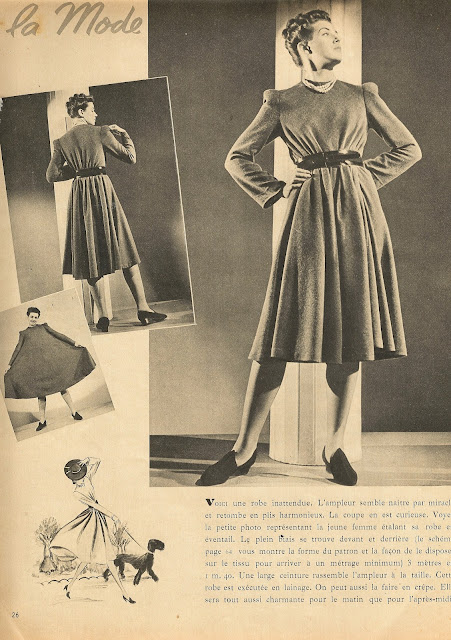 The dresses on these two pages {above & below} are both made with the same pattern {it is included in the magazine!}. The first {above} is for day. While the second one {below} is for evening. From what I can translate the dress was made from Albena Matte Crepe. 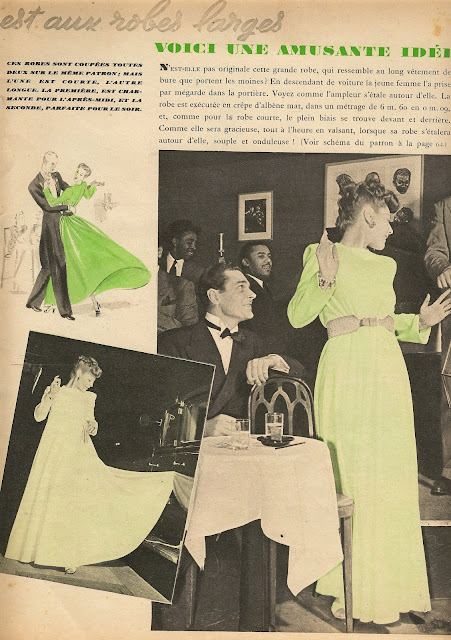 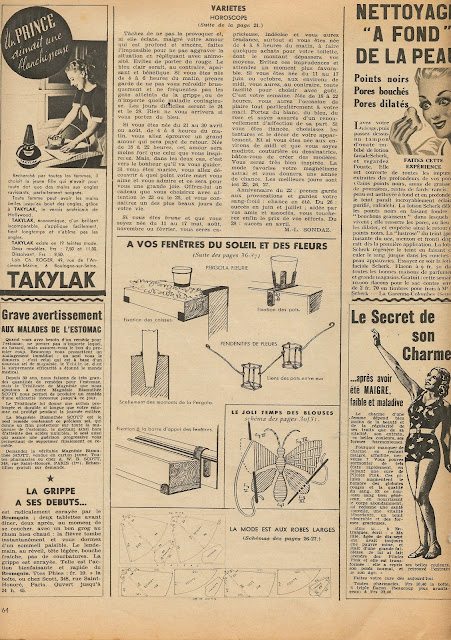 At the bottom of this page is the pattern for the dresses seen in the two above scans. 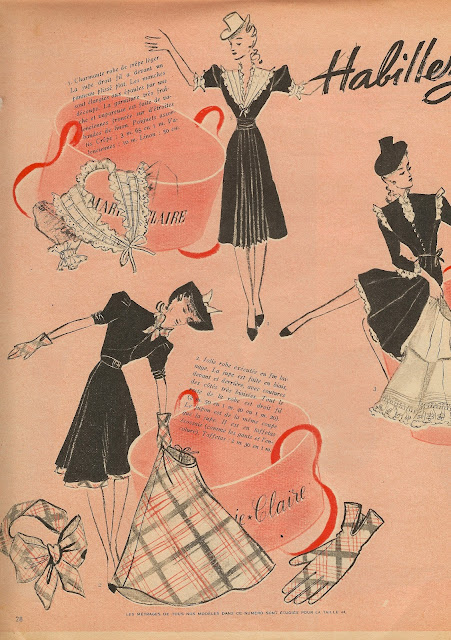 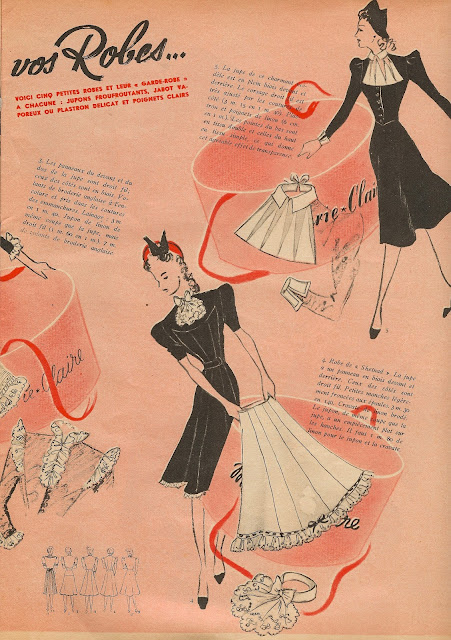 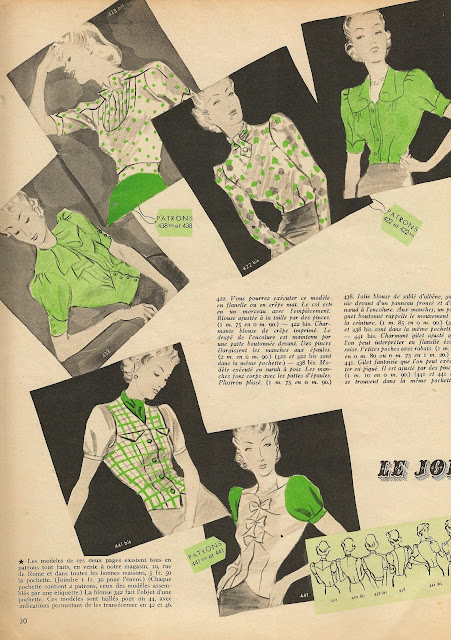 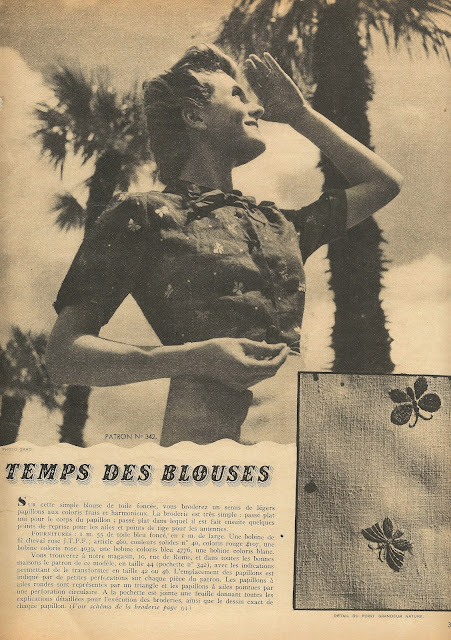 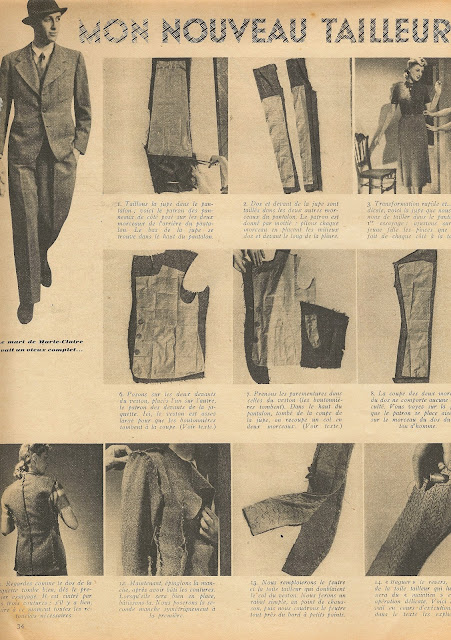 How to refashion a man's suit for a woman.... 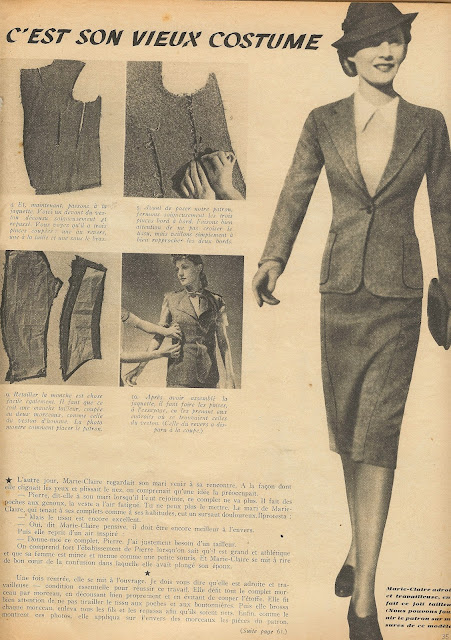