It has been way too long since I've done one of these movie quote quizzes. That I thought it was high time that I do another one these. Oh, and my quotes used in this quiz will be from old & new movies, and old & new tv shows. Just so y'all know. 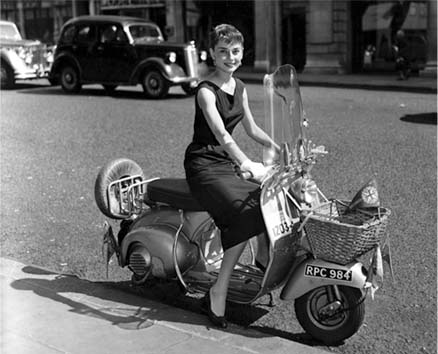 Here are the rules:

1. Pick 20 of your favorite movies/TV shows.

2. Go to IMDB.com and find a quote from each movie/TV show.

4. Strike it out when someone guesses correctly, and put who guessed it and the movie.

5. NO cheating and doing a google search!

3) Character 1: Is everything a joke to you?
Character 2: Funny things are. The Avengers (Caitlin I)

4) Character 1: Just once can you two behave like grown-ups? BBC Sherlock (Miss Virginia)

5) Character 1: I keep telling you, Papa, when you sell a fake masterpiece, that is a crime!
Character 2: But I don't sell them to poor people, only to millionaires. How to Steal a Million (Rachel, Amy, Logan O'Bier, Miss Virginia, Vicki, Caitlin I, Achaia, and FrancineL)

6) Character 1: My name is Rochard. You'll think I'm a bride but actually I'm a husband. There'll be a moment or two of confusion but, if we all keep our heads, everything will be fine. I Was a Male War Bride (Rachel, Scottish Gal, Miss Virginia, and FrancineL)

7) Character 1: It's gone!
Character 2: What?
Character 1: There's a body missing. It's the one body I don't wanna have missing. Come September (Achaia)

8) Character 1: How do you tell a child that she was born to be hurt?

12) Character 1: It's just like my Aunt Agnes used to say... The Dick Van Dyke Show (Rachel and Amy)

17) Character 1: A mother's love holds fast and forever. A girl's love is like a puff of smoke - it changes with every wind. North & South (Rachel, Lady M., Allison, Kerry, and FrancineL)

18) Character 1: They're running! They're getting away!
Character 2: No they're not. We're going after them!
Character 1: Hey, wait a minute! They outnumber us three to one!
Character 2: Well, if it makes you nervous, don't count 'em. The Santa Fe Trail (Vicki, Achaia, and Lauren)

19) Character 1: Tell me, Honey, how come you're so cute?
Character 2: I had to be if I was going to get such a good-looking fella. Thirty Seconds Over Tokyo (Vicki and Achaia)

20) Character 1: I want it to be a soft green, not as blue-green as a robin's egg, but not as yellow-green as daffodil buds. Now, the only sample I could get is a little too yellow, but don't let whoever does it go to the other extreme and get it too blue. It should just be a sort of grayish-yellow-green. Now, the dining room. I'd like yellow. Not just yellow; a very gay yellow. Something bright and sunshine-y. I tell you, Mr. PeDelford, if you'll send one of your men to the grocer for a pound of their best butter, and match that exactly, you can't go wrong! Now, this is the paper we're going to use in the hall. It's flowered, but I don't want the ceiling to match any of the colors of the flowers. There's some little dots in the background, and it's these dots I want you to match. Not the little greenish dot near the hollyhock leaf, but the little bluish dot between the rosebud and the delphinium blossom. Is that clear? Now the kitchen is to be white. Not a cold, antiseptic hospital white. A little warmer, but still, not to suggest any other color but white. Now for the powder room - in here - I want you to match this thread, and don't lose it. It's the only spool I have and I had an awful time finding it! As you can see, it's practically an apple red. Somewhere between a healthy winesap and an unripened Jonathan. Oh, excuse me...
Character 2: You got that Charlie?
Character 3: Red, green, blue, yellow, white.
Character 2: Check. Mr. Blandings Builds His Dream House (Rachel, Vicki, Caitlin I., Achaia, FrancineL, and Lauren)