Hello everyone! It is time to announce the answers for the Movie Quote Quiz that I featured last Monday and to share who answered correctly. 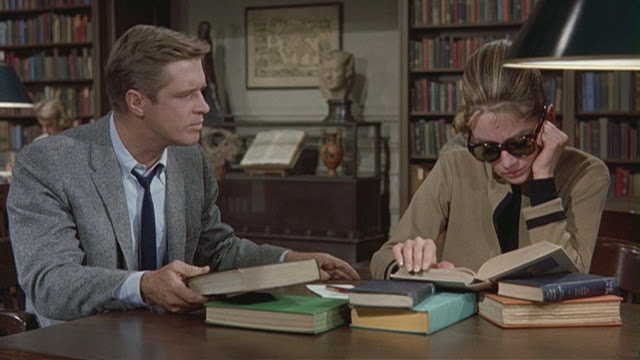 1. Character One: A girl can't read that sort of thing without her lipstick. -- Yes, this first quote is from Breakfast at Tiffany's [1961] with Audrey Hepburn & George Peppard. -- Chambray and Pearls,  Natasha Marie L., Anonymous, Mary, and Miss Virginia guessed correctly. 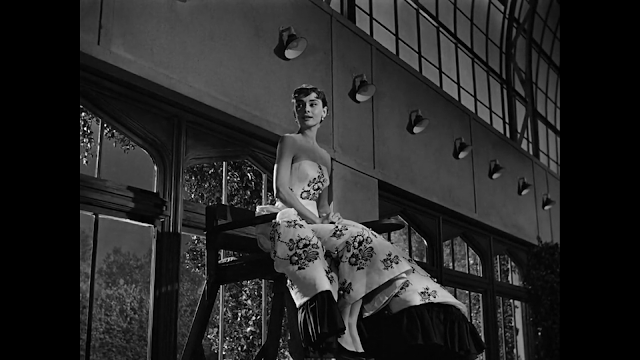 2. Character One: A woman happily in love, she burns the soufflé. A woman unhappily in love, she forgets to turn on the oven. -- Sabrina [1954] -- Sarah, Chambray and Pearls, Natasha Marie L, rebekah k, Paige, Anonymous, Mary, Miss Virginia, and Abi Ant. 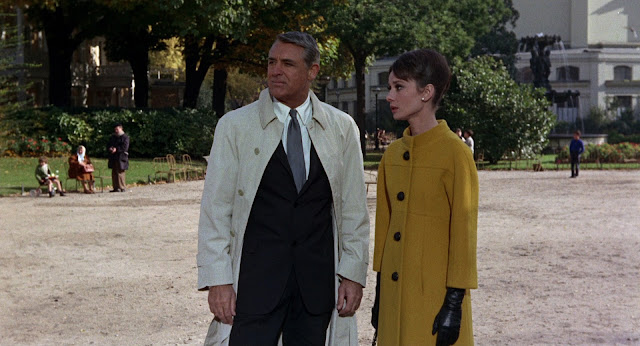 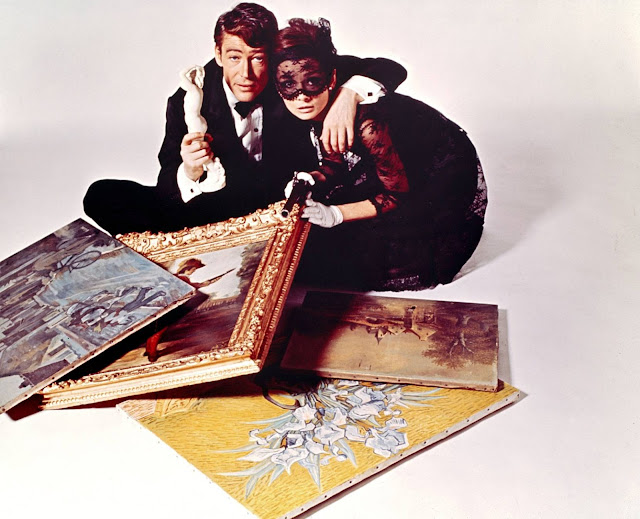 4. Character One: Well, it was pitch dark and there he was. Tall, blue eyes, slim, quite good-looking... in a brutal, mean way, Papa. A terrible man! -- How to Steal a Million [1966] with Audrey Hepburn and Peter O'Toole -- Chambray and Pearls,  Natasha Marie L., Raquel Z. Duarte, rebekah k., Paige, and Miss Virginia. 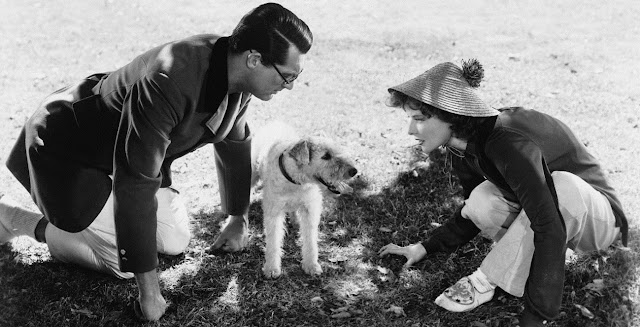 5. Character One: You don't understand: this is *my* car!
Character Two: You mean *this* is your car? *Your* golf ball? *Your* car? Is there anything in the world that doesn't belong to you?
Character One: Yes, thank heaven, YOU! -- Bringing Up Baby [1938] with Cary Grant & Katherine Hepburn -- Natasha Marie L. and Anonymous.
6. 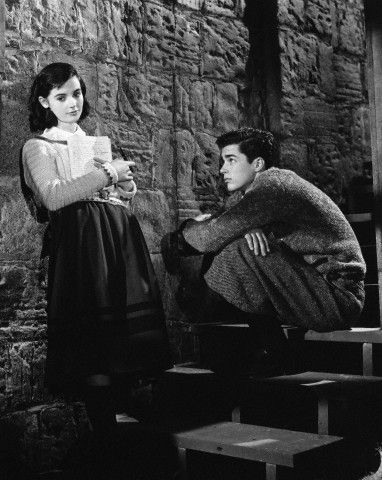 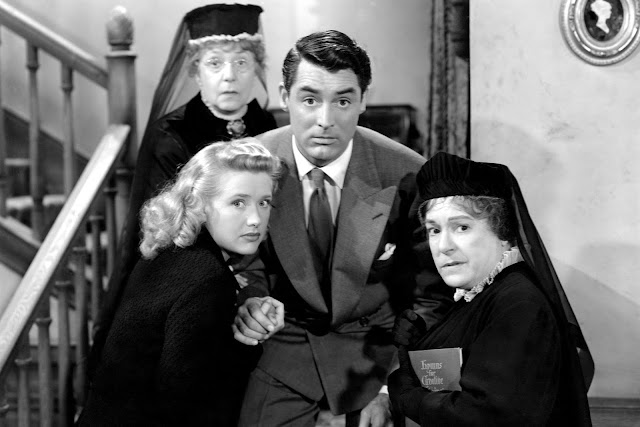 7. Character One: Look I probably should have told you this before but you see... well... insanity runs in my family... It practically gallops. -- Arsenic and Old Lace [1944] with Cary Grant &  -- Chambray and Pearls, Natasha Marie L., Sarah Vincent, rebekah k., Anonymous, Mary, Miss Virginia, and Anonymous 2. 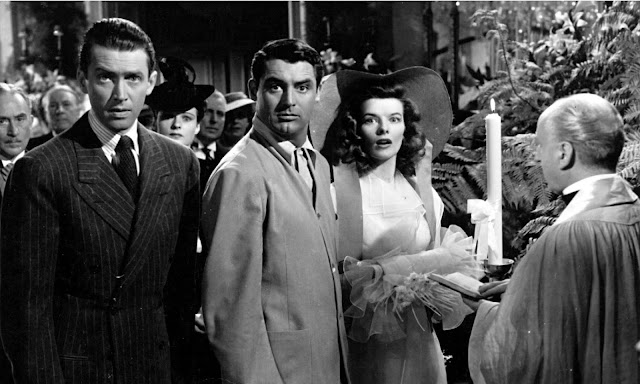 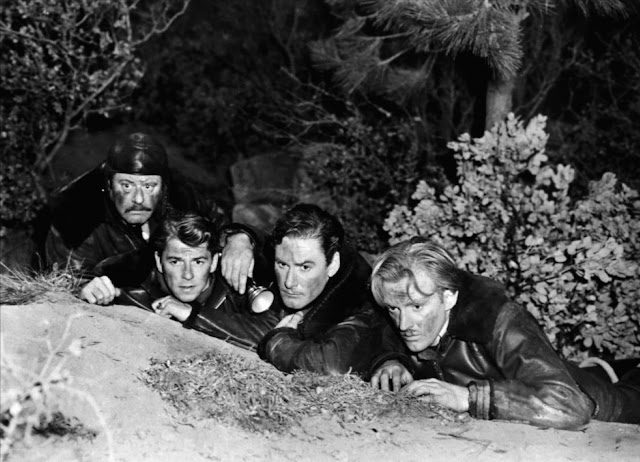 9. Character One: [after being awakened] How come every time you wake me up I have a date with Ann Sheridan? -- Desperate Journey [1942] with Errol Flynn, Ronald Reagan... 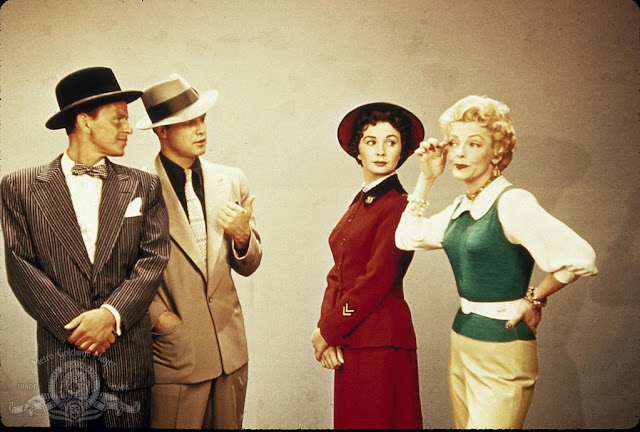 11. Character One: [after declining a bet that he cannot say what color his tie is] Polka dots. In the whole world, only Nathan Detroit could blow a thousand bucks on polka dots. -- Guys & Dolls [1955] with Frank Sinatra and Marlon Brando -- Natasha Marie L. and Anonymous
12. 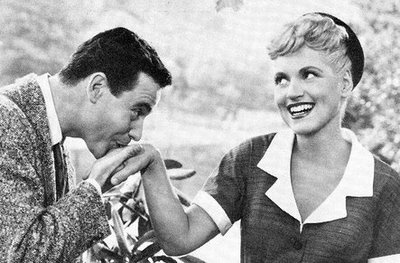 It Should Happen to You [1954] with Judy Holiday, Peter Lawford, and Jack Lemmon -- Paige

13. Character One: She likes you. She thinks you're stupefying. -- It Happened in Brooklyn [1947] with Frank Sinatra, Peter Lawford, Kathryn Grayson, and Jimmy Durante.

14. Character One: The things a girl will do for a mink coat. -- Christmas in Connecticut [1945] with Barbara Stanwyck and Dennis Morgan. 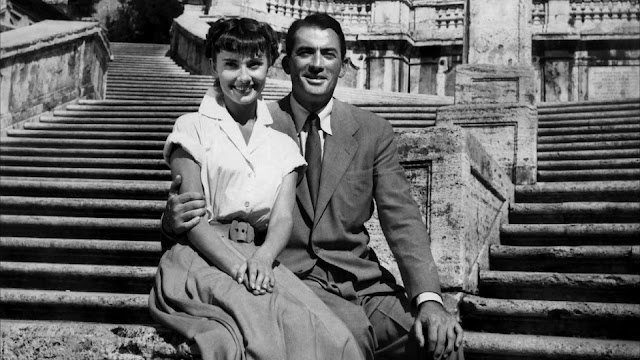 15. Character One: At midnight, I'll turn into a pumpkin and drive away in my glass slipper. Character Two: And that will be the end of the fairy tale. -- Roman Holiday [1954] -- Chambray and Pearls, Natasha Marie L., Paige, and Miss Virginia.
16. 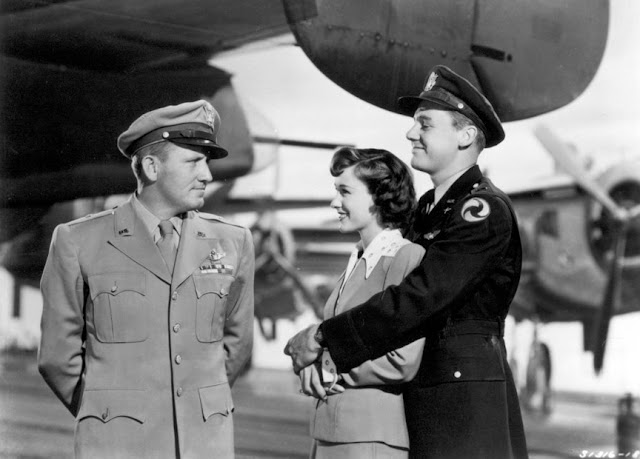 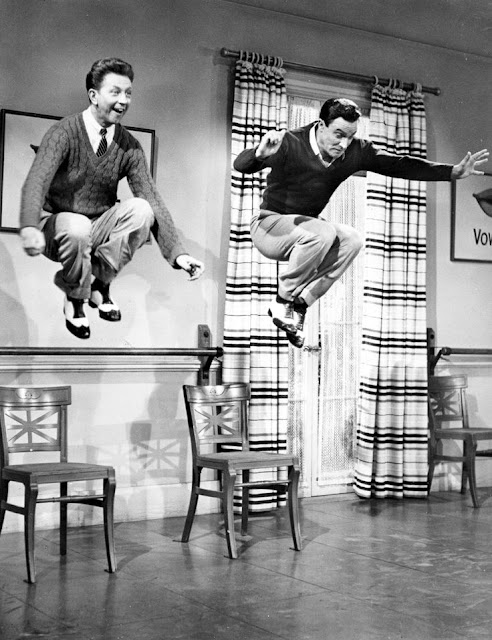 22. Character 1: It's gone!
Character 2: What?
Character 1: There's a body missing. It's the one body I don't wanna have missing. -- Come September [1961] with Rock Hudson, Gina Lollobrigida, Bobby Darin, and Sandra Dee. 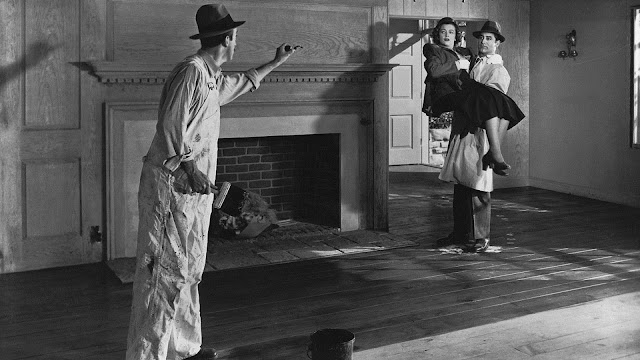 23. Character 1: It's a conspiracy, I tell you. The minute you start they put you on the all American sucker list. You start out to build a home and wind up in the poorhouse. And if it can happen to me, what about the guys who aren't making $15,000 a year? The ones who want a home of their own. It's a conspiracy, I tell you -- against every boy and girl who were ever in love. -- Mr. Blandings Builds His Dream House [1948] with Cary Grant and Myrna Loy. -- Natasha Marie L., rebekah k., Paige, Anonymous,  Mary, Anonymous 2

24. Character 1: One day the war will be over. And I hope that the people that use this bridge in years to come will remember how it was built and who built it. Not a gang of slaves, but soldiers, British soldiers, Clipton, even in captivity. -- The Bridge on the River Kwai [1957] with William Holden, Alec Guinness, and Jack Hawkins. -- Natasha Marie L., Nettie, Anonymous, Mary, Anonymous 2 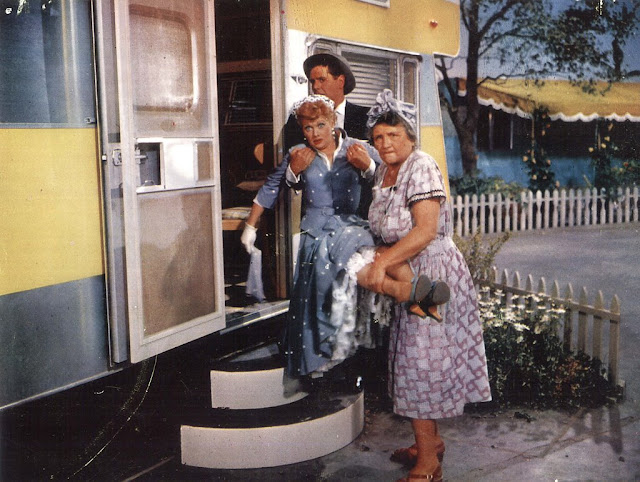 25. Character 1: You didn't let me finish. I was going to say 'turn right here left'.
Character 2: Turn right here left? Have you any conception how much room it takes to turn this thing around? We may have to go on for miles. -- The Long, Long Trailer [1954] -- Heather Lampersberger and Natasha Marie L.

I hope y'all enjoyed doing this movie quote quiz, and perhaps y'all found some new movies to watch.
Posted by Bramblewood Fashion