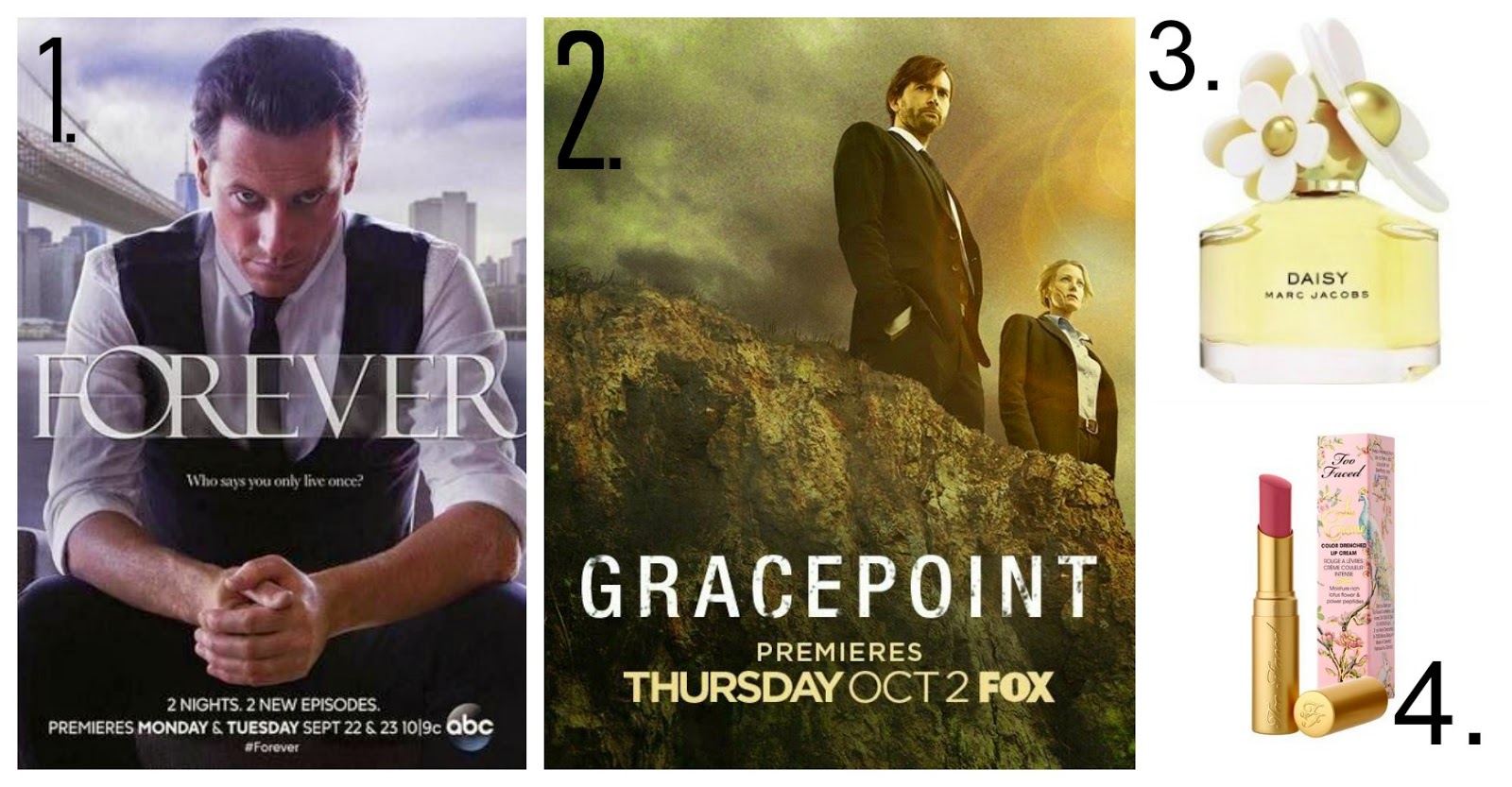 1. Forever [2014] Television Show -- I just started watching this show on Tuesday evening and I caught up within 24 hours. To say the least, I'm addicted to this show and I can't wait for more episodes to air. The show is a mix of Doctor Who, Sherlock, and something else [can't decided what] -- plus it stars Ioan Gruffudd.

2. Gracepoint [2014] Television Show -- The American remake of Broadchurch [another show which I enjoy watching], has been good so far. At times I get confused why they mention so many American things, than it hits me that it takes place in America, not UK. Duh. Also this show stars, David Tennant [who also appeared in Broadchurch].

3. Marc Jacobs Daisy Perfume -- I recently picked up the roller-ball of this perfume at Ulta, and I've been wearing it non-stop since then. It is very lady-like and not too heavy of a scent. Give it a sniff the next time you are by a perfume counter that sells Marc Jacobs.

4. Too Faced Bumbleberry Lipstick -- Ah! I've been wearing this lipstick non-stop since picking it up after we hosted a Too Faced event at our Ulta store. It feels like a lip-balm, yet goes on like a lipstick with a bit of stain after-effect once it starts to wear off.


What have you been loving this week?