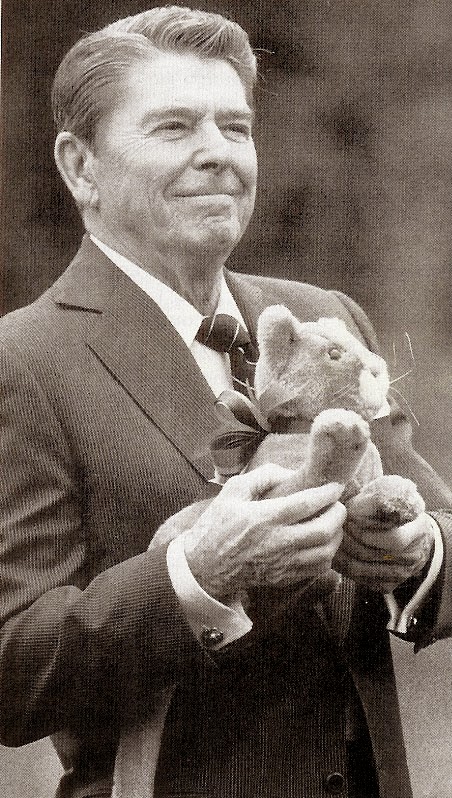 Today, if he was still alive, would be Ronald Reagan's birthday -- one of my favorite old Hollywood actors! The very first film I saw him in was, Knute Rockne: All American [1940], of course, way back when I first saw this film I had no idea that he was ever President of the United States. Yeah. I was young, and didn't really read history books past World War two at that time.

Anyhow, since 2009, I've been working on seeing most of Ronnie's films and so far I've seen about 22 of his films -- thanks mostly to TCM since most of his films are really hard to find on DVD, or even VHS.

Some of my favorite films of his are, well...all of them! He was such a great actor, that I really love every acting roll that I've seen him in.

Of course, there are some films that I love more than others. Those are the following:


If you ever want to see a film with a character who as all of my little quirks, be sure to check out the film, The Voice of the Turtle [1947] -- as me & Eleanor Parker's character, Sally, are like two peas in a pod when it comes to our little quirks [the way we make our beds, talk to inanimate objects, don't want to hurt the feelings of things, how we clean when nervous & people are coming over, etc...].

What are some of your favorite Ronnie films?