Last night I came up with a fun idea, "why not share some of my favorite YouTube video[s]/channel[s] that I've been/have watching/seen within the past week, ever so often?". A bit of a warning though, most of my favorite YouTubers are from the UK. What can I say? I'm a Brit at heart. *grin* 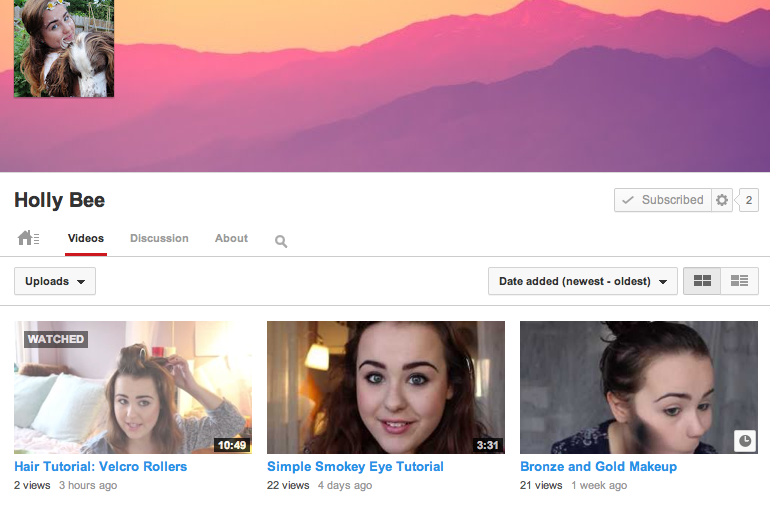 Holly Bee -- A young lady from the UK who recently started a YouTube channel. She is really a sweet girl, and I adore her accent. I also kinda think that she looks like Adele.


Benedict Cumberbatch reading aloud, John Keats - Ode to a Nightingale. -- Umm...I find Benedict Cumberbatch's voice very southing, that I want him to do audio books of some of my favorite books. The Sherlock Holmes stories anyone?


Have you seen the 2014 Jaguar commercial for the Super Bowl? It is pretty epic.


Super excited for Captain America: The Winter Soldier to come out, as he is my favorite Avenger.

*SPOILERS*[Only watch this video if you have seen all THREE episodes of SERIES THREE, as there are spoilers in it.] -- I've been obsessed with Sherlock series 3, since it first aired in the UK on January 1st. It has also been great re-reading the original Sherlock Holmes stories & seeing the bits that are in the show. Also, can I just say, if you watch Sherlock and are a huge fan of the show, but have never the original stories, WHAT ARE YOU WAITING FOR?!? Go read the stories now, before the fourth series airs. Also, check out the Basil Rathbone films where he played Sherlock Holmes, you might recognize some scenes that Moffat & Gatiss put into the show [as they are both fans of these Sherlock films, as am I].