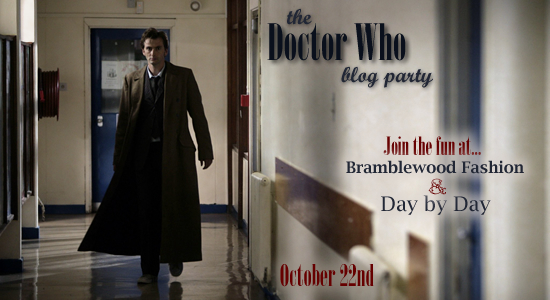 Ready to hear my answers to the DW party tag that Tasha has up on her blog? Well then, keep on reading!

1| If you decided to name your first born child after any Doctor Who character, male or female, who would it be?

Well, even before DW I had always loved the name, Rose.

2| What is your favorite colour of the Doctor's shoes?

3| Look around yourself and name the one thing that is TARDIS blue in your house!

My Nila Anthony cross-body bag and my one blouse from OASAP!

4| If you could pick who plays the Twelfth Doctor which actor would you choose and why?

Gosh! No clue. I'll just leave it up to the BBC casting, they have done an excellent job so far.

5| The Doctor is going back in time again, which historical era should he visit?

Hmm...Paris during the Reign of Terror.

6| Would you REALLY go with the Doctor in the TARDIS?

Yes, think of all the wonderful things you could see! BUT, he would have to promise that I would come back home safely and in a timely manner {and not like one year later}.

7| Who's your favorite Doctor and why?

Gosh! I love the 9th, 10th, and 11th Doctor. But, if I really have to narrow it down....I've come to really enjoy the 11th Doctor {even though 10 has a special spot in my heart, he was my first!}. 11 is so light hearted, fun, wears a bow tie, and is unafraid to be clumsy & ridicules. But hey, I can relate to that. Then again, I really like the 10th Doctor {though his storyline can be so sad & tragic it hurts. He keeps loosing everyone he cares about!} so maybe he is my favorite. Oh, I don't know! 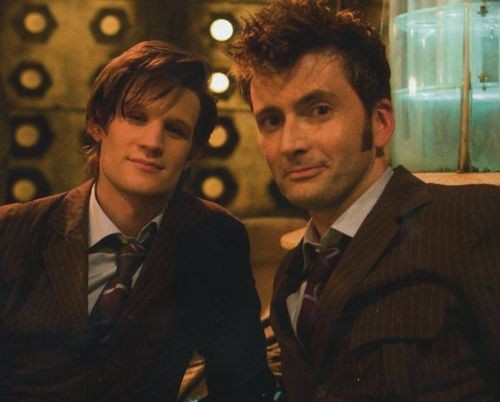 8| Would you be afraid to spend Christmas in London?

Nope, I think I would rather enjoy. I don't get why Whovian's can be afraid to spend Christmas in London. You would have a higher chance to run into the Doctor. *wink*

9| Do you look at an ordinary screwdriver and think 'this could be a bit more sonic?'

10| Angel statues, plastic mannequins, Christmas trees - what ordinary everyday object would you love to make an object of terror to Whovians were you Steven Moffat?

11| The TARDIS lands in your garden and the Doctor steps out. What is the first thing you say to him?

What!? WHAT!?! *runs to the TARDIS and the Doctor* You came! *gives him a hug* I've been wondering if you would ever stop by. By the way, where are we going to travel too? *as I walk into the TARDIS*

12| Who is your favorite actor who has played the Doctor so far and why?

David Tennant. First off, he is an amazing actor, is a huge fanboy of the show, Scottish, and has amazing hair. I also just love the energy and sadness he brings to the Doctor {those sad brown eyes always get me}. 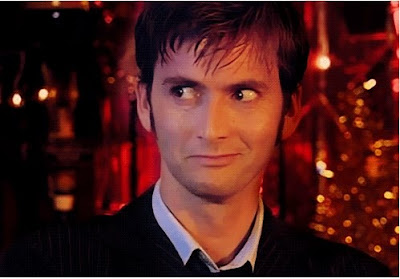 13| Have you seen any Classic Doctor Who? If so, which Doctor/episode(s) is your favorite?

14| Which are the creepiest, scariest and all-out meanest baddies in all the Who-niverse?

The silence and the baby weeping angles.

15| Who is/are your favorite Companion(s) and why?

I love Rose, because she is the true love of the Doctor and they work so well together {her & 10 act very giddy together and are like two teens in love. It is so sweet!}.

Donna, she is witty and thinks she is unimportant and I love the brother-sister relationship she has with the Doctor. 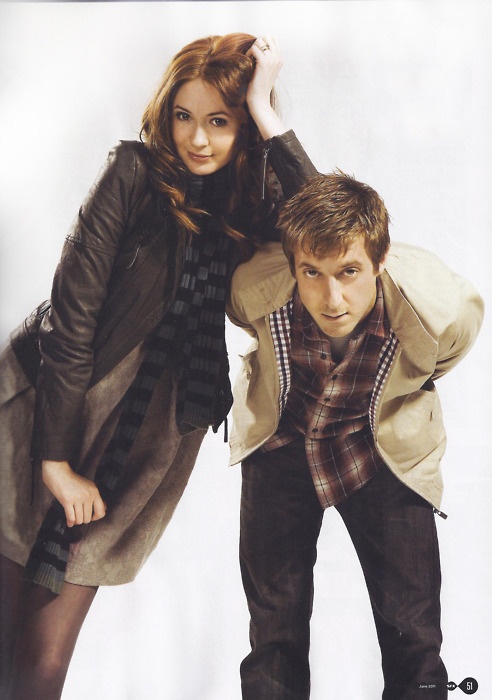 Amy & Rory Williams are simply wonderful together {I really like Rory}. At first I didn't like either of them, but once Rory became a Roman he became awesome! 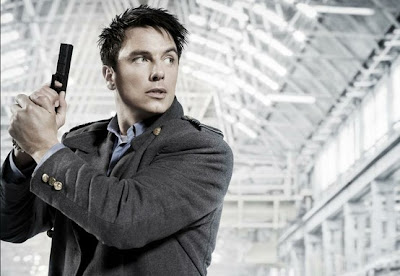 Captain Jack Harkness is great too. He has one of those epic coats that 10 & Sherlock have. *smile* You know what I would love to see? Captain Jack and River Song in an episode together.

16| Did you cry more watching Doomsday or The Angels Take Manhattan?

Doomsday with no doubt. Every time I watch it I hope Rose can hold on. It also marks the first time I cried for a television show {and I never cry}. The Angles Take Manhattan was more a bitter sweet and not as sad as Doomsday is since Amy & Rory get to grow old together. The Doctor & Rose didn't have that chance in their parting. 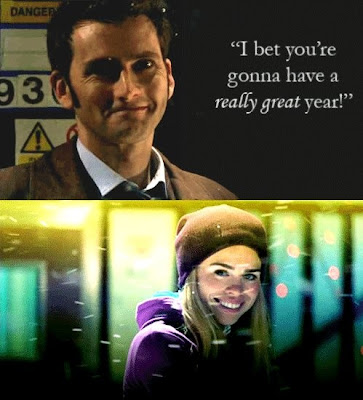 17| What is your favorite quote from the show?

I have a good number of favorite quotes from the show.


Captain Jack:: Who looks at a screwdriver and thinks, "Ooh, this could be a little more sonic."?

18| Which Doctor (including all previous regenerations) would you most like to be the companion of, and why?

That's a really good question. I guess for the 10th Doctor.

19| Which of the following are you more scared of, the Daleks, Cybermen, or the Weeping Angles?

Cybermen. With the Daleks you are killed right away, and with the angles you are just zapped back in time to live your life.

20| Who are some of your favorite guest stars in the series?

Katherine Jankins, Michael Gambon, and Carey Mulligan are the first who popped into my mind. I'm sure there are others.

21| What was your first experience with Doctor Who and how did you hear about the series?

Hmm...I first watched a fan video with the 11th Doctor on Facebook back in December of last year. Tried to find an episode on YouTube, then kinda forgot the show. Then in May{?} my sister Gabrielle got me hooked on the show by having me watch the episode Blink. I've been a Whovian ever since.

22| The Ninth Doctor said, 'Fantastic!', Ten said, 'Allons-y', and Eleven says, 'Geronimo'; what would you like to be the signature exclamation of the Twelfth Doctor?

I have no clue what so ever.

23| If you were trapped in an episode, which one would it be?

Partners in Crime. Not sure why, but I love watching this one over, and over again.

24| Which is your favorite episode with each Doctor (Nine, Ten and Eleven)?

Ten:: The Christmas Invasion, New Earth, School Reunion, The Girl in the Fireplace, The Idiot's Lantern, Doomsday, The Runaway Bride, Smith and Jones, Blink!, Partners in Crime, The Doctor's Daughter, Forest of the Dead, Silence in the Library, The Unicorn and the Wasp, The Stolen Earth, and Journey's End.

Eleven:: A Christmas Carol, The Pandorica Opens, The Big Bang, Vincent and the Doctor, Let's Kill Hitler, Closing Time, Asylum of the Daleks, The Power of Three, and The Angles Take Manhattan. 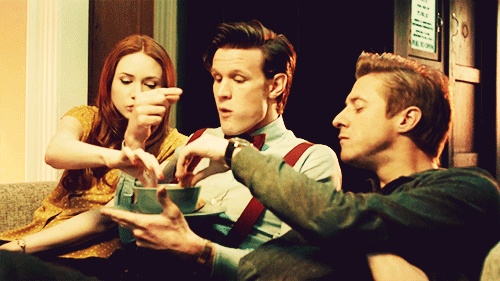 Feel free to answer these questions on your blog and link up the post on Tasha's blog. Or, leave your answers below in the comments.