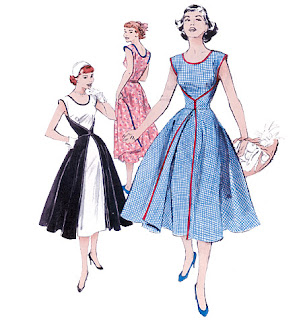 Back in late June & early July of 2007 I sewed my first Birthday dress {I now sew one for every birthday}. It was my seventeenth birthday and I wanted something vintage & easy. Also, the theme for my birthday party that year was 1940s/50s. Hmmm...things haven't changed much have they? 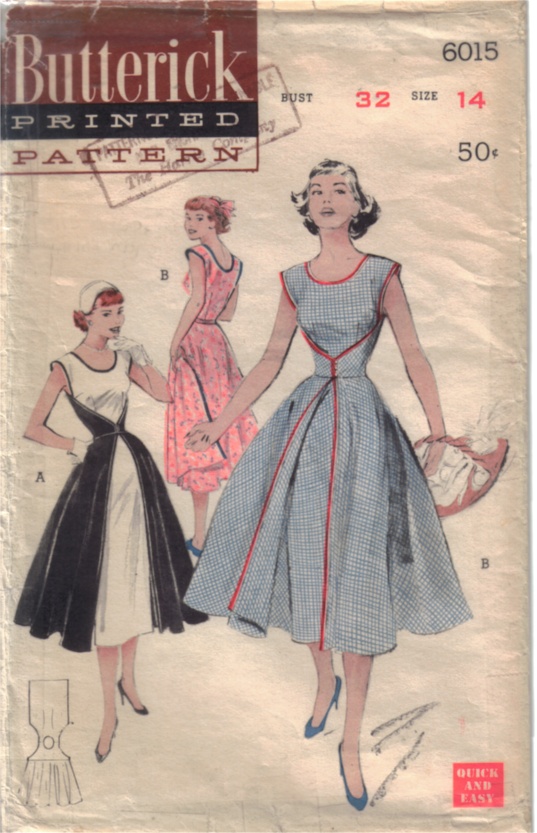 Anyways, I used the very popular pattern: Butterick 4790. {In the 50s it was B6015.} Here is some history of the pattern from Butterick's site:


During the 1950s, Butterick experienced a phenomenon it had not known since the 'Garibaldi Suit' of the late 1860s. It was pattern 6015, and it was dubbed the 'walk-away' dress, because it was so easy you could "Start it after breakfast... walk-away in it for luncheon!". It's simple yet flattering wrap design and easy construction were what made it so popular. Sales of the pattern were so great, that at one point manufacturing of all other patterns ceased, and only the 'walk-away' dress was produced until all back-orders for this dress could be filled.

The floral fabric was from Joann Fabrics and was only 88 cents a yard {back when you could find fabric for real cheap!}. Everything else was from my stash - so it counts as free! Making the grand total of my dress - $3!

Would y'all like me to make this into a series? Where I show the old sewing projects I did before I had Bramblewood Fashion? Let me know.