This week for the Sewing Through The Decades Challenge the era was the 1920s. I must confess something first, before 2008 I dislike the clothing of 1920s.  But after I was given a lace dress, that was in a 1920s style, I decided to make my first 20s dress. After that I have come to love the everyday 1920s style. I found out that really, I only disliked the high-end clothing of the era. 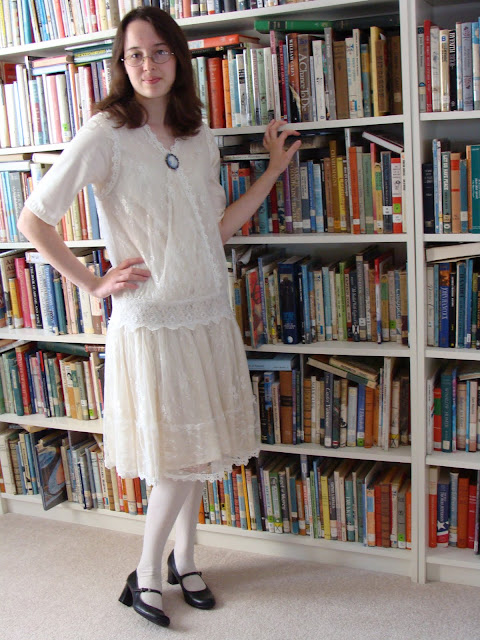 Since that dress I made back in 2008 is now too short (I grew taller). I decided that for the Sewing Through the Decades Challenge I was going to make myself a replacement dress.  With just some nice white muslin fabric, pins, "Lizzy" my dress-form, scissors, sewing books from the 1920s, and a little inspiration, I have come out with this lovely creation.

::First off the Inspiration:: 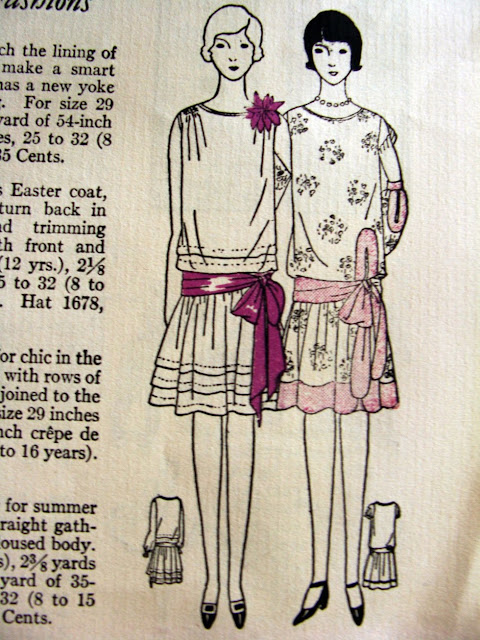 The picture above is from the magazine below.  =) 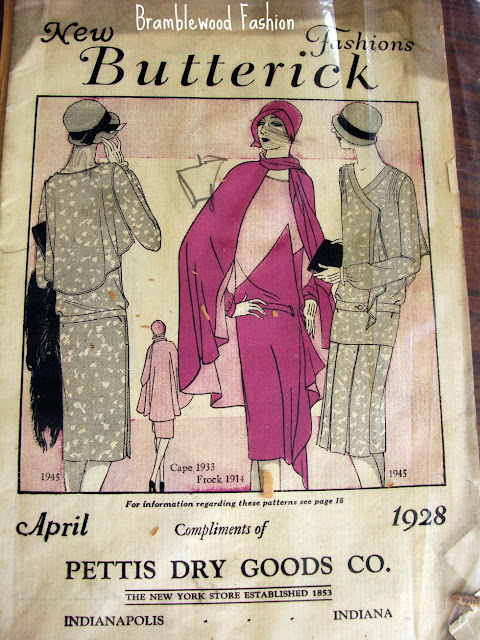 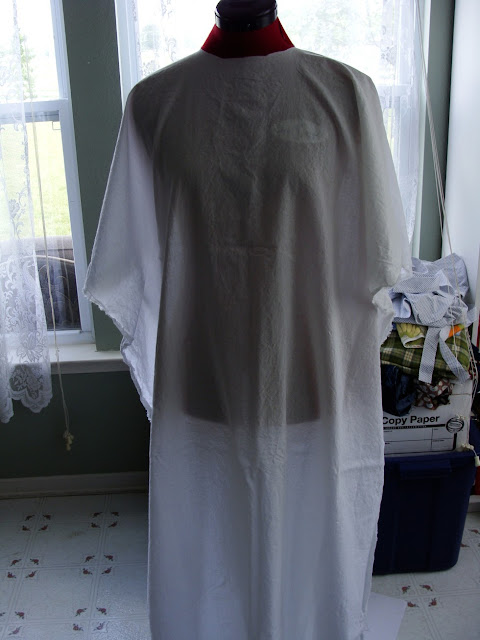 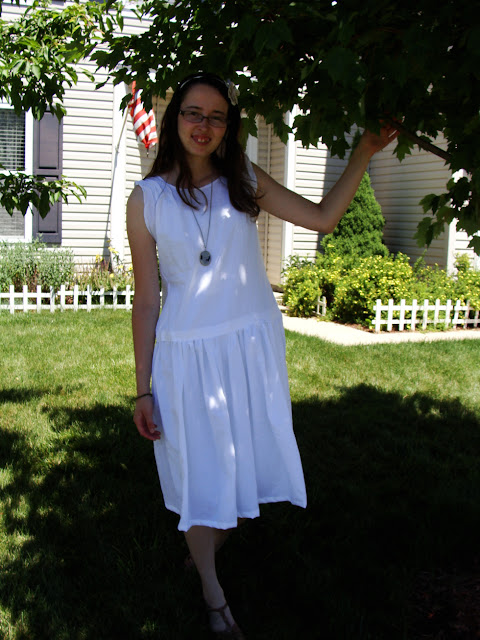 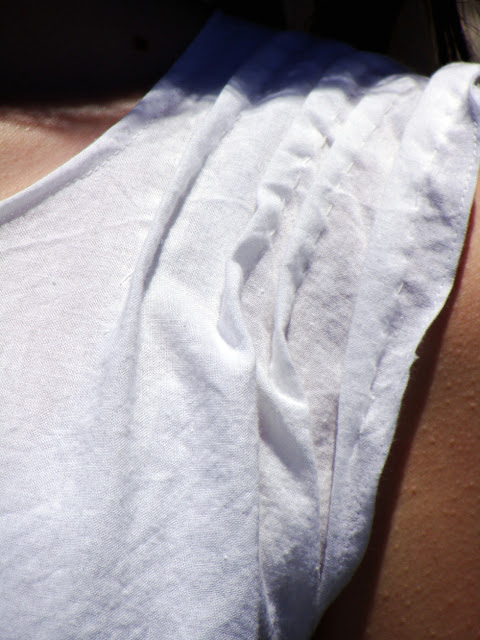 Next week (starting tomorrow) is the 1930s. I have no idea what I'm going to sew yet. Guess I will have look through my patterns and books. Or, do a search on the internet for the perfect thing. =)